My cooking has lots of influences, from where I grew up to all the places I've visited and lived. Brazil, United Kingdom, Israel... and finally US.

I was raised watching my grandmother preparing unforgettable family lunches, caring for each detail from the tablecloth to the freshest fish to be found in the market. The Italian influence was always there too, as it was the main choice for the weekend restaurants, with artisanal pasta and fragrant red sauces.

With my cousin, at the age of 6, I had my first culinary adventure: Vanilla custard, prepared in my grandmother's kitchen while grandma was taking her afternoon nap. It was not one of the best desserts I've ever made. But we were thrilled to be cooking something by ourselves.

Later, in Great Britain, I got in touch with the amazing gastropub revolution, witnessing how old pubs were becoming a paradise for creative chefs driven to change the reputation of British food. From Israel, I bring touches of Mediterranean cuisine.

In parallel to my professional activities as a journalist, I've never stopped cooking and experimenting with culinary books. After moving to the United States, I began cooking non-stop. My kids became my priority in life, and after six years of cooking their every meal, I became a food blogger. I am one of the founders of the site Cook Play Explore.

I cooked with kids at my son's school for 4 years. With that volunteer activity, which began in September 2010, I could see my passion flourishing beyond my close circle of family and friends.
In 2014 I volunteered to make part of the wonderful Eating California series of workshops and a fundraiser small plates tasting, incorporating Native California plants to many dishes.

I am a member of the U.S. Personal Chef Association and a graduate of the Culinary Business Academy (August 2011). I had the privilege of attending to enrichment classes at Tante Marie (San Francisco), International Culinary Institute (Campbell), Langlois (New Orleans) and Alain Ducasse (Paris). I will be thrilled to cook for you, your family, and your friends, sharing my love and know-how at your table.


Red Basket Personal Chef Services
Serving Saratoga, Los Gatos and San Jose
I will be happy to receive your call or mail for more details and pricing:
(408) 203-1284
Email: redbasketchef@gmail.com

A pleasure to meet you

Cooking is my passion and my way of expressing sentiments beyond words. But wait ... I also love words. Before becoming a food blogger at Cook Play Explore, and after, a personal chef, I wrote about almost everything for newspapers and magazines. When I wasn't interviewing and writing, I was in the local markets, culinary bookstores and, of course, the kitchen. I bring to my recipes flavors and memories of tastes from the places I've lived and visited. And now, I am able to share those with you.
Anna Muggiati
The Red Basket Personal Chef
U.S. Personal Chef Association Member
California Food Handler Training Certificate hgd21-ie8cgd0 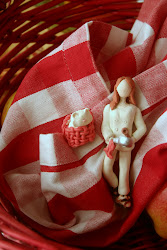 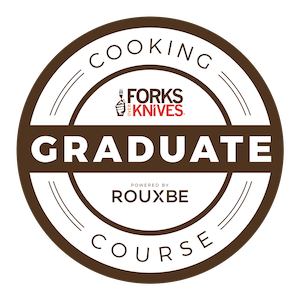